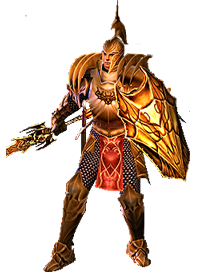 Warriors are the symbol of the lands. They fight for freedom against Rabellu and they fight to safeguard people against monsters! Come and see them battles against these great warriors and get inspired to achieve greatness!

Nominations can be submitted here. Nominations will close at 4:00 PM on 15th August 2020 and matches will begin from 8:00 PM.